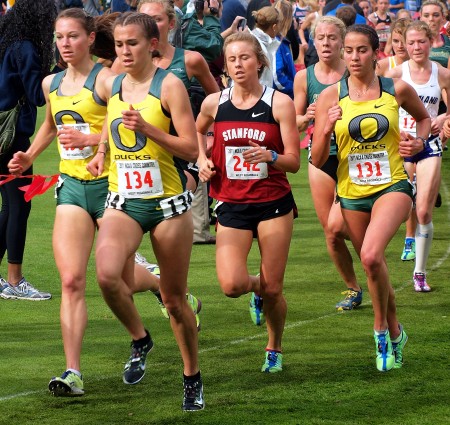 Meet will be held the last weekend in September.

Oregon will open the season at the Pier Park Invitational Sept. 1 in Portland, Ore. It will be the Ducks’ first appearance at the University of Portland’s meet since 2006.

Next up will be the Bill Dellinger Invitational, slated for Sept. 29 at Springfield Country Club.

Oregon will then travel to Madison, Wis., for the second year in a row for the Wisconsin adidas Invitational on Oct. 12., followed by the Pre-Nationals meet in Louisville, Ky., the next day. The regular season concludes with the Beaver Classic Oct. 19 in Corvallis, Ore.

The championships season begins with the Pac-12 meet hosted by UCLA on Oct. 27 in Santa Clarita, Calif.

Washington will host the NCAA West Region Championships on Nov. 9 in Seattle, before the 2012 NCAA Championships, which will be Nov. 17 at E.P “Tom” Sawyer State Park in Louisville, Ky. The NCAA Championships are being contested on a Saturday, as opposed to a Monday, for the first time in several years.

The women, who placed fifth at the national championships a year ago, feature 2012 NCAA runner-up Jordan Hasay among nine returning letterwinners, while the men have 10 returning lettermen, as well as two-time All-America transfer Trevor Dunbar from Portland.