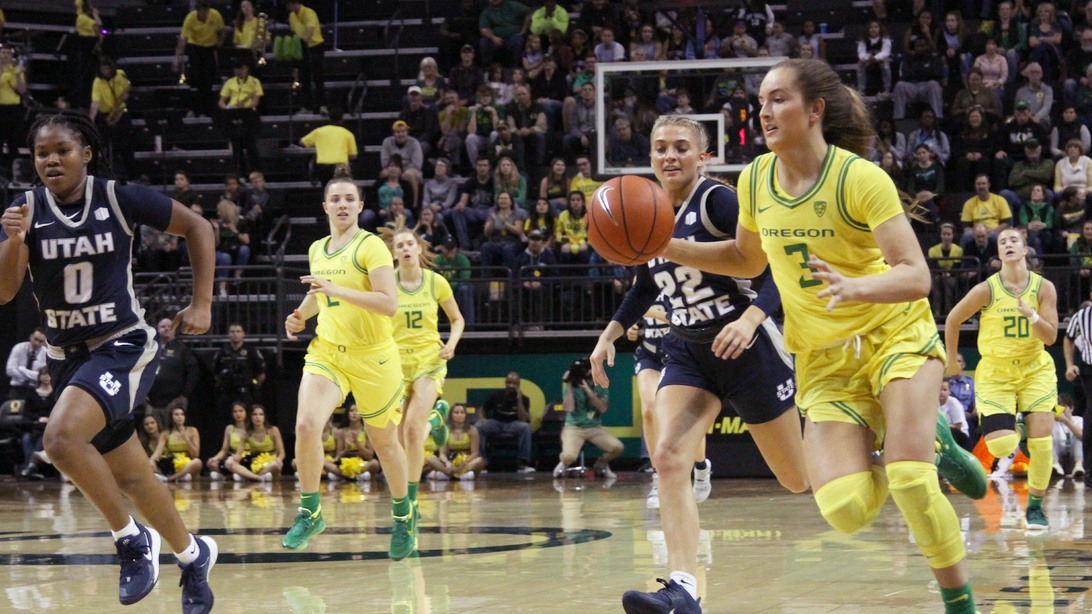 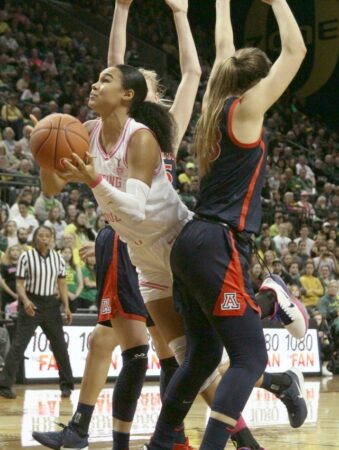 Arizona: With Aari McDonald sidelined with a leg injury, it made way for Sam Thomas to drop a career-high 31 points in a 85-69 win at Utah. However they would struggle without their leading scorer in their next match-up. The offense never found a rhythm as the Wildcats shot just over 24 percent from the field. They lost to Colorado 50-38 in Boulder on Sunday. Arizona has clinched a first round bye in the Pac-12 tournament with two regular season games left. They will look to close the season strong against Stanford Friday and Cal Sunday.

Arizona State: The Sun Devil offense was on fire Friday night against Colorado. They shot over 50 percent as a team and the three seniors in the starting line-up combined for 47 points in a 65-59 win. The hot shooting continued Sunday against Utah but would not lead to another victory. Despite making 10 three-pointers, ASU was out-rebounded and went cold late in a 75-71 loss. At 9-7 in conference play, the Sun Devils look to hold on to the fifth spot going into the tournament. They face Cal Friday and Stanford Sunday.

California: Jaelyn Brown was the lone bright-spot for the Bears offense Friday against Oregon. She scored 26 points on her way to eclipsing 1,000 career points. Unfortunately for Cal the Oregon offense was just too much in a 93-61 loss. Sunday they would keep Oregon State within striking distance but failed to get a win on their senior night in Berkeley. At 2-14 in Pac-12 play the Bears are at the bottom of the conference but have the fire power to potentially upset a team in the Pac-12 tournament. Next up they travel to play ASU Friday and Arizona Sunday.

Colorado: The Buffaloes were able to hang around with Arizona State despite allowing them to shoot a high percentage Friday night. They let the game get away from them late as they lost the fourth quarter 20-12.  Sunday the Buffs were locked in defensively and dominating rebounding the ball shocked the Arizona Wildcats. Colorado is 5-11 in conference play and look to move up a couple seeds trying to catch USC and Utah late. They go on the road to face UCLA Friday and USC Sunday.

Oregon: Erin Boley continued her unreal shooting Thursday night against Cal. She totaled 8-9 from downtown on her way to 24 points. Ruthy Hebard continued her strong play with another double-double with 20 points and 15 boards. Monday night the Ducks clinched at least a share of the Pac-12 championship with a 74-66 victory over Stanford. Sabrina Ionescu not only earned her 26th triple-double of her storied career but became the first ever D-1 player to eclipse 2,000 points 1,000 rebounds and 1,000 assists. A mark we may never see again. The Ducks close out the season at home with Washington State Friday and will hold an emotional senior day against Washington Sunday.

Oregon State: After trailing by 14 points going into the fourth quarter the Beavers battled back against Stanford but fell short to lose 63-60. Destiny Slocum poured in 26 points on 50 percent shooting. Mikayla Pivec picked up her 1,000th career rebound in a 76-63 win against Cal Sunday. OSU is 8-8 in conference play and looks to catch ASU for the fifth spot as they face Washington Friday and Washington State Sunday.

Stanford: Although the Cardinal have to deal with the injury to Haley Jones, they get to implement Mya Dodson back into the lineup. Kiana Williams has been electric is Jones’s absence and she was great Friday against Oregon State scoring 24 points. Lexie Hull took over the bulk of the scoring with 27 points against Oregon Monday. However the Oregon offense was able to outlast Stanford’s down the stretch. Stanford clinched a first round bye in the upcoming Pac-12 tournament but looks to pick up momentum this week against Arizona friday and Arizona State Sunday.

UCLA: Charisma Osborne scored a career-high 32 points in Pullman against Washington State Friday. The Bruins picked up the win 70-62 after trailing by as many as 11 points in the first half. Sunday against Washington, Osborne put up another strong performance with 23 points however UCLA shot poorly as team. The Bruins were shocked by the Huskies 74-68 on the road. They will face Colorado and Utah in the final home games of the season. They have also clinched a first round bye in the Pac-12 tournament.

USC: The Trojans shot the ball well but not good enough against the Huskies of Friday. Alissa Pili scored a team high 19 points but her inside presence was out-matched by Washington’s shooting. Pili would go on to score a career-high 32 points against Washington State Sunday, this time picking up a win 66-60. Next up the Women of Troy host Utah of Friday and Colorado for senior day Sunday. At 6-10 they sit at seventh in the Pac-12.

Utah: Brynna Maxwell was red-hot Friday night against Arizona, scoring 22 points shooting 60 percent from the floor. It would not be enough as they fell to the shorthanded Wildcats. Sunday four of five starter scored in double-figures as they outlasted Arizona State to upset the Sun Devils. At 6-10 the Utes are in the middle of the pack and need every win to move up as many seeds as they can. This week they face USC Friday and UCLA Sunday on the road.

Washington: The Huskies coach Jody Wynn picked up the win against USC Friday, on her birthday and against her high school coach Mark Trakh. Amber Melgoza scored 26 points to lead the Huskies past the Trojans. Melgoza was able to score another 22 points to lead her team yet again in her last home game as a Husky in a upset victory against UCLA. At 5-11 they look to break a tie with Colorado and potentially catch Utah and USC this week. They are on the road to face Oregon State Friday and Oregon Sunday.

Washington State: Although the Cougars got off to 19-11 lead in the first quarter WSU lost their match-up with UCLA 70-62. Borislava Hristova was brilliant scoring 29 points on 23 shots. Sunday they would drop another close match-up with USC. They scored high numbers despite not shooting the ball at a high percentage but could not stop the Trojans inside scoring. At 4-12 they look to climb out of the 11th seed this week, playing at Oregon friday and at Oregon State Sunday.