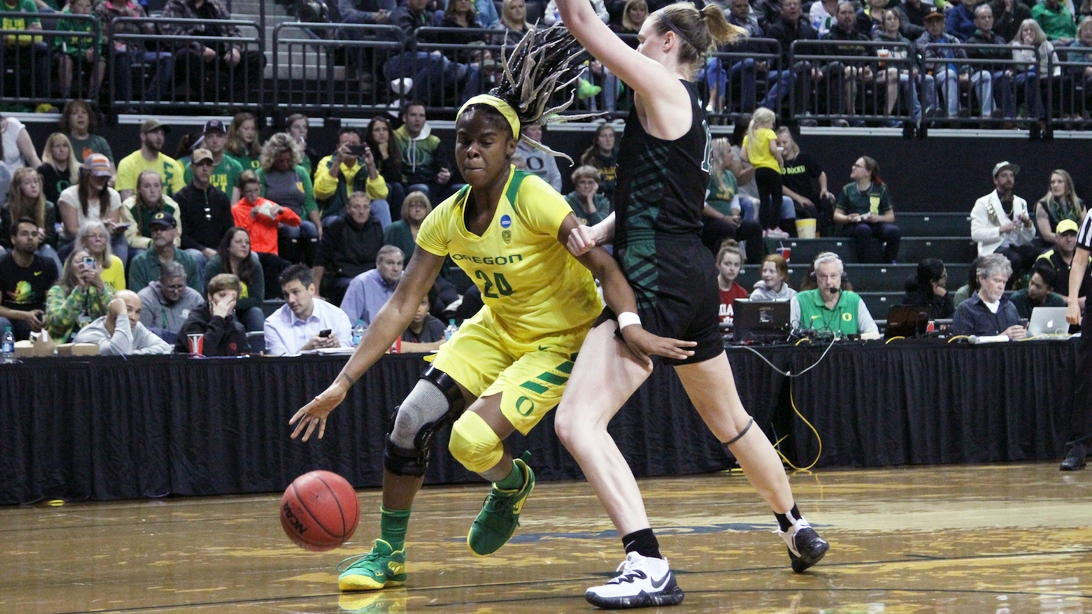 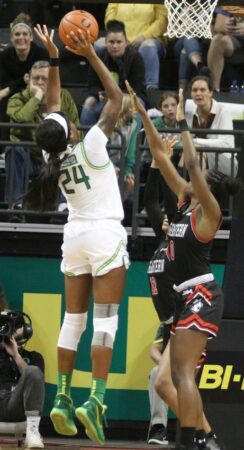 Arizona: Aari McDonald continued her excellent play on Friday against Washington with 19 points, only missing two shots from the field in a 64-53 win. She followed up that performance by hanging 21 points on Washington State this time only missing five shots with a much more lopsided outcome. As a result, they sit at fourth in the Pac-12. This week the Cats travel on the always difficult Rocky Mountain road trip, playing Utah on Friday and Colorado on Sunday.

Arizona State: Friday against Washington State the Sun Devils picked up their first win of the month of February. Reili Richardson scored 13 of her 22 points in the fourth quarter in a 63-59 victory. Sunday against the Huskies, Richardson scored 17 points and added six assists to break the school’s all-time assists record. After the 72-68, victory the Sun Devils are now at 8-6 in the conference, fifth in the Pac-12 and looks to climb this week against Colorado Friday and Utah Sunday.

California: In a matchup with Colorado Friday it was not a long range shooting contest at all. The two teams combined for one three-point make on 24 attempts. In a game the Bears would lose by seven points. Sunday the Bears would withstand a late comeback from Utah to hold on to a 88-74 victory. Cailyn Crocker poured in a career-high 26 points in her first start and Alaysia Styles also added a career high 19 points. This week will be a true test as they host Oregon Friday and Oregon State Sunday.

Colorado: The Buffaloes bench stepped up in a big way Friday against Cal, scoring 19 points in a game neither team shot the ball well. They did however pound the ball into the paint and shot well from the free throw line to win 64-57. Sunday the Buffaloes took the Stanford Cardinal to the brink but couldn’t hold on late and lost 69-66. This week they host Arizona State Friday and Arizona Sunday.

Oregon: In a highly anticipated matchup with UCLA Friday, the Ducks came out swinging and led the first quarter 22-8. The one-two punch of Ruthy Hebard and Sabrina Ionescu were on full display as Hebard scored at will on the inside, and Ionescu managed the play-making duties. The 80-66 victory was the 11th straight and eighth straight against a ranked opponent. Sunday against USC the Ducks took care of business again, hitting 13 threes as a team. Seven of those threes coming from Erin Boley who scored a season high 25 points. Next up Oregon travels to play Cal on Friday and a huge match-up with Stanford on Monday.

Oregon State: Although the Beavers had four players score double-digit point totals they were upset on the road against USC. The biggest reason for the loss was the Beavers 20 turnovers to the Trojans eight. Monday against UCLA the Beavers struggled again to protect the ball totaling 24 turnovers in a 83-74 loss. Oregon State is 7-7 in conference play, 6th in the Pac-12 and 15th in the country, falling back from 11th last week. This week the Beavs are on the road again, facing off with Stanford friday and Cal Sunday.

Stanford: The Cardinal got out and ran in the altitude against Utah Friday night. Lexie Hull not only ran the floor well but was also 4-6 from deep in a 97-64 blowout win. Sunday night Kiana Williams had a night to remember against Colorado. Not only did she have a career-high seven three pointers on her way to a career-high 29 points. She hit a three to tie the game with 12 seconds left and then stole the inbound pass to knock down a 40 footer to win the game for the Cardinal 69-66. Stanford now sits at second in the Pac-12 and fourth in the nation. They will host Oregon State Friday and then a big time match-up with Oregon on Monday.

UCLA: After getting off to a slow start against the Ducks on Friday they were never able to catch back up due to poor shooting from the floor. They would turn it around on Sunday against Oregon State, shooting over 40 percent from down town. The Bruins would come away with a 83-74 overtime victory in a hard fought battle. The win puts them at 11-3 in conference play, but two games behind Oregon for first place. This week they travel to play Washington State Friday and Washington Sunday.

USC: The Women of Troy pulled off the big upset at home against Oregon State on Friday with excellent defense, scoring 22 points off turnovers. They would not have the same fortune against Oregon Sunday losing 93-67. They will look to pick up a wins on the road this week against Washington Friday and WSU Sunday.

Utah: The Utes struggled to slow the pace of the Cardinal on Friday. Stanford got up and down with ease and Utah could not keep up. On Sunday the Utes got off to a slow start against Cal, although they got it together in the second half the first half deficit was too much to overcome. Utah is 5-9 in Pac-12 play and they will play their last home games this season against Arizona Friday and Arizona State Sunday.

Washington: Friday night the Huskies failed to move the ball well against Arizona where the starters combined for only five assists in the 64-53 loss. Sunday they played considerably better against Arizona State but still failed to grab a win allowing 72 points while scoring 68 themselves. This week they host USC Friday and UCLA Sunday

Washington State: The Cougs lost a heartbreaker at Arizona State Friday night. They stormed back in the third quarter to tighten the game, but could not overcome the hole they dug for themselves earlier. Sunday the Cougs were only outscored by two points in quarters 2 through 4, but lost the first quarter 26-13 in a 72-57 loss. Now at 4-10 in conference play the Cougars try and claw their way to the middle of the Pac-12 as they host UCLA and USC this week.