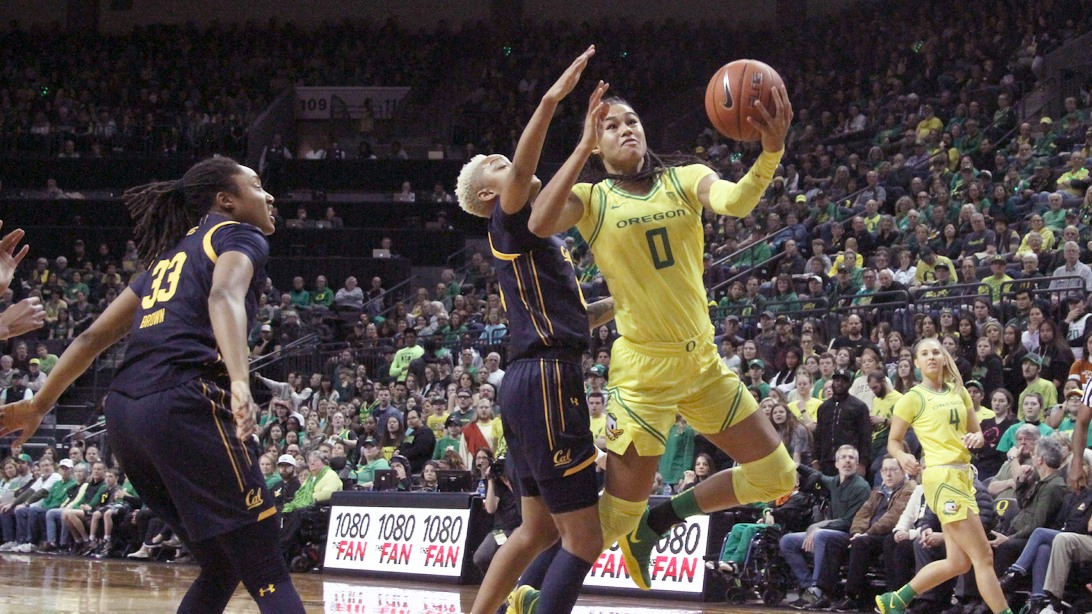 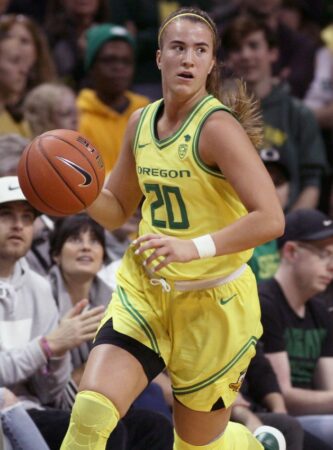 Arizona: Aari McDonald had herself a game on Friday against UCLA. She was 10-of-15 shooting from the floor on her way to 27 points. The Wildcats went up 27-16 in the first quarter and never looked back, winning 92-66. Sunday they completed the sweep of the Southern California teams in blowout fashion yet again, beating USC 73-57. Now at 7-3 in conference play, Arizona sits in fourth place in the Pac-12 and 12th in the nation. This is a big week for the Wildcats as they hit the road to play Oregon Friday and Oregon State Sunday.

Arizona State: The Sun Devils picked up a huge win against USC in triple overtime Friday. Reili Richardson had 19 of her career high 24 points in the second half and overtimes. She also hit a late three pointer to win the game 76-75. Sunday ASU was able to get out to an early lead against UCLA, but were not able to keep up offensively. They committed 16 turnovers that led to 24 points in a 70-61 loss. Arizona State is 6-4 in conference play and sit at the sixth spot in a top heavy Pac-12. They are now 19th in the country and face off against Oregon State Friday and Oregon Sunday in two huge road match-ups.

California: Jazlen Green impressed Friday scoring 15 of her career high 18 points in the second half. Despite the good offensive night, the damage was already done earlier in the game in a 92-66 loss against WSU. They would pick up their first Pac-12 win Sunday, in thrilling fashion, with an overtime win against Washington 81-74. CJ West exploded for 22 points and nine rebounds in the win. They look to turn the lone win into a winning streak as they host USC Friday and UCLA Sunday.

Colorado: The Buffs really struggled shooting the ball against Oregon State Friday. As much as they struggled they also couldn’t stop the Beavers offense, who made 13 shots from deep in the contest. After losing 79-52 to Oregon State they ran into the Oregon Duck buzz saw and suffered a 101-53 loss. Emma Clarke had 18 points and shot 50 percent from the field in the loss that was never close. Now at three and seven in Pac-12 play Colorado is somehow only seventh in the conference and face off against Washington State Friday and Washington Sunday.

Oregon: Kelly Graves’ Ducks looked like they are really hitting their stride in what could be described as the biggest week of the season. They hit the road and went to Utah on Thursday. They took a 52-26 lead at the half and rode the strong performances of Ruthy Hebard and Satou Sabally who combined for 44 points to a 90-63 win. Saturday Oregon once again blew out Colorado 101-53. Sabrina Ionescu had a monster 24-point performance that included another triple-double, marking the 23rd of her storied career. Monday night in a “Game of the Year” matchup Oregon went into Gampel Pavilion and gave UConn the worst loss they have ever suffered at home 74-56. Hebard dominated inside early while Minyon Moore and Sabally played excellent defense. Meanwhile \ Ionescu had a near triple-double doing a little bit of everything for the Ducks. The schedule doesn’t get any easier as they host Arizona Friday and Arizona State on Sunday.

Oregon State: The Beavers have improved to ninth in the country after winning both match-ups on the mountain school road trip. Thursday against Colorado, Aleah Goodman had a career high 26 points in 26 minutes in a 79-52 victory. Saturday at Utah Mikayla Pivec had 20 points and 12 rebounds in a 77-65 win. The Beavs played great defense in the second and third quarters allowing a combined 19 points. Oregon State is fifth in the Pac-12 and this week they host Arizona State Thursday and Arizona Sunday.

Stanford: Defensively there may be no better team in the Pac-12 this season than Stanford. Friday against Washington they held the Huskies to only having one payer score in double-digits, winning the game 58-41. Sunday against Washington State the Cardinal picked up a 71-49 victory. Lexie Hull scored 16 points on 7-of-15 shooting and 2-of-5 from beyond the arc. Stanford is sixth in the nation and has an identical record with Oregon but, lost the head to head match-up with them earlier this year. This week they host UCLA Friday in a huge game and USC Friday in a contest they cannot overlook.

UCLA: Winning on the road in the Pac-12 is hard and the Bruins learned that in Tucson last week. They couldn’t ever get their offense on track, failing to eclipse 20 points in a quarter and lost the game 92-66. Sunday they picked up a road win against Arizona State 70-61. Dean, Osborne and Onyenwere combined for 47 of the teams points. After the road split the Bruins slipped from the eighth spot to tenth in the nation rankings and third in the Pac-12. Next up they head to the bay area to face Stanford Friday and Cal Sunday.

USC: The Women of Troy lost an absolute heartbreaker in a triple overtime game Friday against Arizona State 76-75. Endyia Rodgers had a game high 30 points also contributing two steals. There may have been a bit of a hangover from the marathon game, Sunday against Arizona. USC only managed to score eight points in the opening quarter was never able to bounce back losing 73-57. Now with three wins and seven losses in conference play they sit at seventh in the league. They travel to play Cal Friday and Stanford Sunday.

Utah: Thursday night against Oregon the Utes were unable to slow the Ducks offense in a 90-63 loss. Kemery Martin had 15 points on 6-of-10 shooting. On Saturday Utah lost what was a winnable game against Oregon State 77-65. Shooting under 34 percent from the floor was the biggest catalyst for the defeat. After being swept at home last week the Utes are 3-7 in conference play and sit in ninth place. Next they travel to face Washington Friday and Washington State Sunday.

Washington: The Huskies fell short on the upset against Stanford Friday 58-41. Although the offense struggled they did a good job limiting possessions and slowing the game down. They would lose in overtime against Cal on Sunday for their eighth straight loss 81-74. Amber Melgoza was locked in scoring 35 points on just 24 shots. Washington is 11th in the Pac-12 and faces off against Utah friday and Colorado Sunday.

Washington State: The Cougars had a huge night offensively scoring at least 20 points in each quarter against Cal Friday. The 92-66 victory was the highest scoring output as team this season. Borislava Hristova and Chanelle Molina combined for 53 points. Sunday night against Stanford the Cougs failed to make a single three point attempt in the 71-49 loss. Washington State looked like two completely different teams over the week and will look to become more consistent as the season rolls along. They will remain at home to welcome Colorado friday and Utah Sunday.