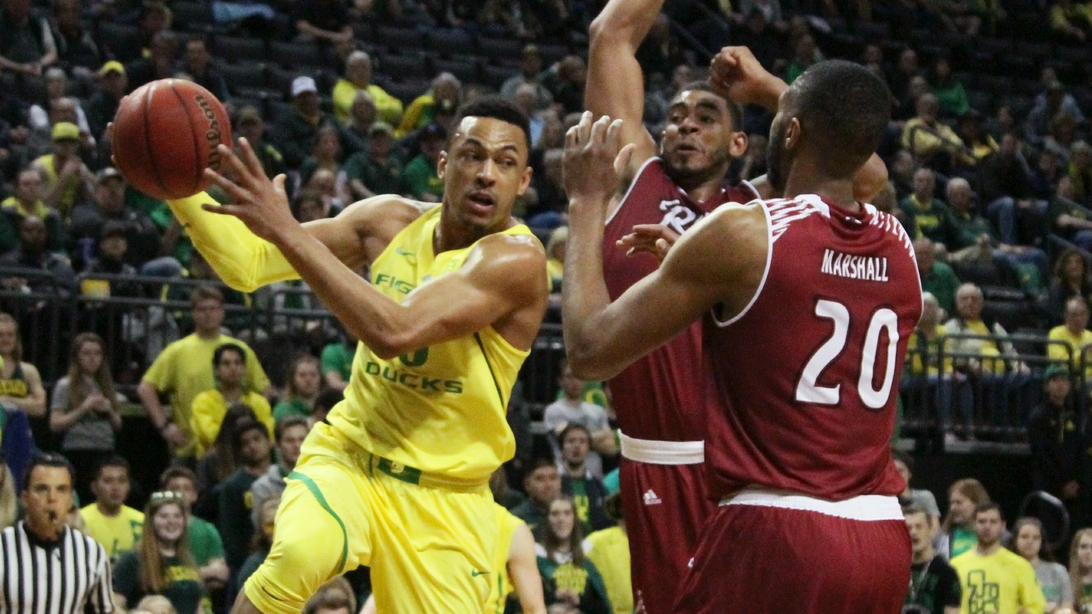 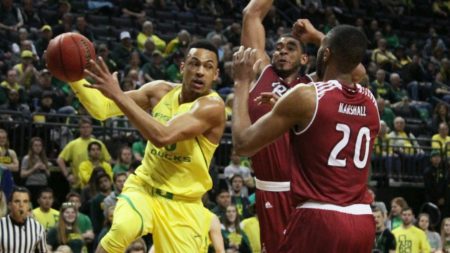 The scoreboard doesn’t show it, but Rider could have easily walked out of Matthew Knight Arena with a win.

Fortunately for Oregon, they’re the ones that got hot from behind the three-point line to come away with a 99-86 victory in the first round of the NIT Tuesday night. The Ducks (23-12) will now face the winner of the Marquette-Harvard matchup at a site and date to be determined.

But when the Broncs were up 51-39 early in the third quarter, Marquette or Harvard was the furthest on anyone’s mind. Rider dominated Oregon in nearly every statistical category in the first half and into the second half to build up that 12-point lead.

Then the Ducks started to play like the Ducks, being led by freshman Victor Bailey, Jr. He managed to hit 7-of-8 from behind the extended three-point line that is being experimented with by the NIT for a career high of 23 points in just 25 minutes.

The FIBA arc didn’t seem to bother any of the Ducks as they shot 14-of-26 from behind the line as a team. That was just one of several rules the tourney is trying out. The game was played in four 10-minute quarters and the lane was extended to be NBA-sized.

After falling behind 44-36 at halftime, the Ducks responded with a huge second half. Although they still trailed 65-61 at the end of three quarters, Oregon exploded for 38 points in the final 10 minutes of action to put the Broncs away.

Payton Pritchard also had 23 points to lead the Ducks and Elijah Brown chipped in 18 as well. Kenny Wooten patrolled the middle for most of the night with 12 points and 10 rebounds.

The new three-point line didn’t affect the Ducks, but it did seem to bother Rider as the MAAC regular season champs were only 6-of-22 from long range.

Dimencio Vaughn led Rider with 25 points and Tyere Marshall adding 18 to the effort. Rider was looking for the program’s second post-season win ever and its first NIT win. The Broncs have never won an NCAA tourney game as well. Winning in Eugene would have been their best victory ever, but the Ducks’ size and athleticism eventually took over.

Oregon made 11-of-12 field goals in the fourth quarter that turned a four-point deficit into a 13-point win.