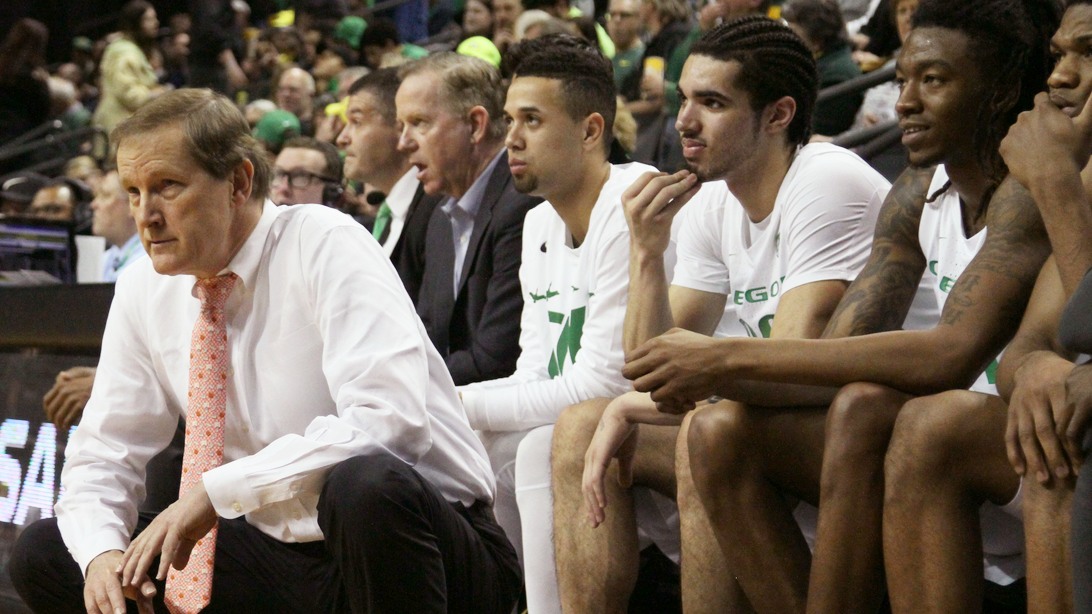 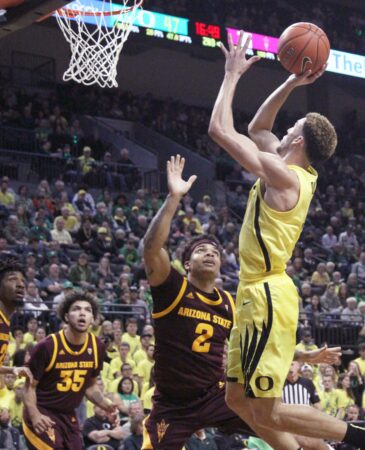 Arizona: After winning both of their match-ups this week the Wildcats have climbed back into the top-25. Zeke Nnaji led the way against Cal, Thursday night with 22 points on 8-13 shooting, also contributing on the defensive end with two blocks. Saturday they survived a terrible shooting night to pull off a 69-60 victory against Stanford. Nico Mannion looks to improve his shooting as the regular season wraps up, after shooting 5-19 from the floor this past week. The Wildcats look to continue climbing the rankings at home with games against Oregon State on Thursday and Oregon Saturday.

Arizona State: Remy Martin was lights out against Stanford in a 74-69 win on the road Thursday. His 24 points helped elevate his team that was shooting the ball at a below average clip. In another narrow victory on Sunday, Alonzo Verge Jr. exploded for 22 points off the bench in a 80-75 win. At 8-4 in Pac-12 play they sit just a half game outside of the lead in the conference standings. This week the Sun Devils will host Oregon Thursday and Oregon State on Saturday.

California: Matt Bradley continued his impressive scoring run this season with a 19-point, eight-rebound performance in a loss against Arizona 68-52. After the Bears cut the lead to one point with 14 minutes left, Cal allowed a 12-0 run and could never catch up. Saturday Bradley scored 20 points in the second half but couldn’t slow the Sun Devil offense down the stretch to lose their fourth straight game. The Bears travel this week to face Washington State Thursday and Washington Saturday.

Colorado: The Buffaloes played excellent defense for the first half, but let the lead slip away late in the second half Thursday night. At halftime Colorado was shooting better from beyond the arc than the Ducks were shooting from the field. However, it was not enough to hold off Oregon 68-60.
On Saturday they jumped out to an early lead against the Beavers. They were able to pile on to that lead in the second half in a convincing 69-47 win. Every game will be important from here on for Colorado as they hope to catch Oregon for the regular season title. They will host USC Thursday and UCLA Saturday.

Oregon: Dana Altman’s team was able to bounce back from a slow start to avenge a loss from earlier this year against Colorado. The win propelled the Ducks back into first place in the Pac-12. Will Richardson took over the “play maker” role late and was able to create scoring opportunities down the stretch.
It was a different story Saturday against Utah as the shooters for the Ducks were locked in early. They ended the game shooting 50 percent from three-point range in a 80-62 rout of the Utes. Now ranked 14th in the country and in first place in the Pac-12, Oregon hits the road to play Arizona State Thursday and Arizona Saturday in a pivotal weekend that could determine who wins the conference regular season championship.

Oregon State: The Beavers scored 35 points in each half to go on to beat Utah easily 70-51. Kylor Kelley finished the game with 16 points and nine rebounds while shooting an efficient 70 percent from the floor. Saturday OSU was outmatched by Colorado in a game where they ended the night making just one of 17 three-point attempts. At 5-8 in conference play they sit at eighth in the Pac-12 and will face Arizona Thursday and Arizona State Saturday.

Stanford: Tyrell Terry scored a career-high 24 points in a loss against Arizona State Thursday. The loss came as a result of not being able to stop the Sun Devils from shooting 60 percent on the day. Saturday it was Bryce Wills turn to score a career-high with 25 points in a loss to Arizona. At the middle of the Pac-12 they have two winnable upcoming games on the road against the Huskies Thursday and the Cougars Saturday.

UCLA: The Bruins held on to win a triple-overtime thriller against Washington State 86-83 Thursday. Chris Smith recorded a double-double with 23 points and 13 rebounds and Cody Riley added 19 points off the bench. They would complete the sweep of the Washington schools with a 67-57 win against the Huskies. UCLA, winners of five straight, could be the hottest team in the league as this week they are at Utah Thursday and at Colorado Saturday.

USC: The three-game losing streak was snapped as the Trojans defeated Washington 62-56. They picked up the win shorthanded, playing without star freshmen Onyeka Okongwu. Daniel Utomi recorded a season-high 23 points Saturday night against Washington State in a blowout win 70-51. The Trojans are currently fifth in the conference and are just one game off the lead as they head out for their final road trip of the season. They face Colorado Thursday and Utah Saturday.

Utah: It was a rough week for the Utes on the road last week. Thursday they came out of the gate ice-cold in the first half against Oregon State. They shot the ball better as the game went on but it was too little too late. Saturday they were merely outshot by Oregon in a match-up that was never in question losing in Eugene. Utah looks to claw their way up to the middle of the conference as the regular season begins to wrap up. They host UCLA Thursday and USC Saturday.

Washington: After being swept by the Los Angeles schools this last week the losing streak is now at eight games. The Huskies have not looked like a confident team ever since losing a heartbreaking loss against Oregon in overtime last month. Isaiah Stewart played great over the week going 10-15 shooting with 28 points over the two games. They will host Stanford and Cal this week.

Washington State: With 52 of 65 shots being taken by just three Washington State players, the Cougars only lost by three points against UCLA on Thursday. Saturday the Cougs were without standout guard Issac Bonton in a blowout loss against USC.  Now at 5-8 in conference play they are at ninth place and face Cal and Stanford at home this week.