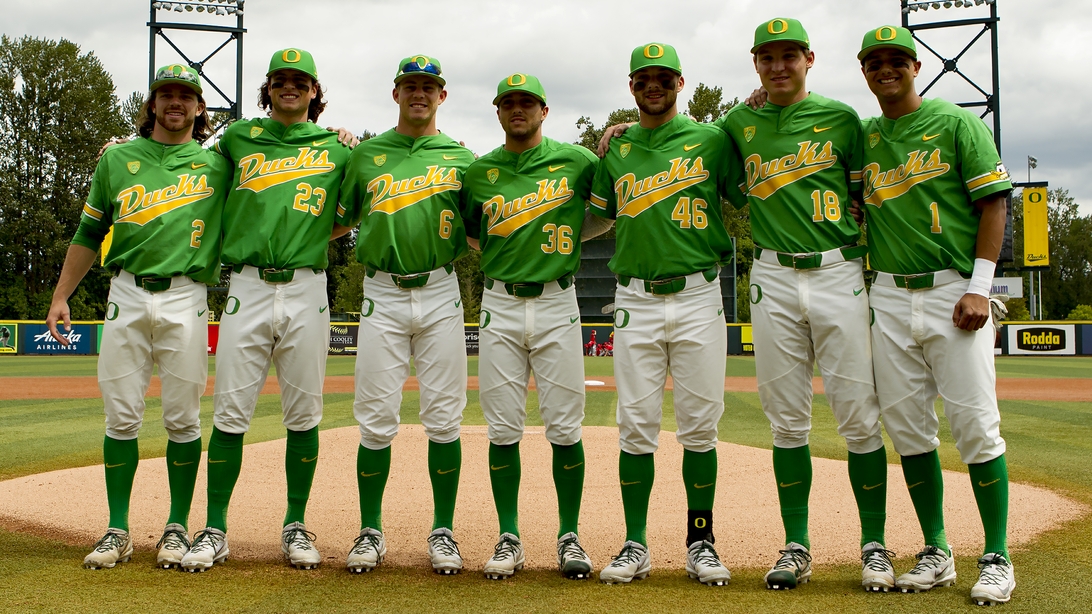 Two teams entered PK Park for the last three-game series of the regular season this weekend. One team was playing to get into the NCAA tournament. The other was looking to salvage what has been a disappointing spring.

Unfortunately for the Ducks, they were the ones looking to salvage something of this season, while in the other dugout, Arizona was looking to improve their post-season resume with at least a series win.

The Wildcats managed to take two-of-three from Oregon, including an 11-4 win on Saturday to ruin the Ducks’ Senior Night. Oregon finished the season 26-29 overall and just 12-18 in conference play. It was the Ducks’ first losing season since the 14-42 record they posted in their inaugural season after resurrecting the program in 2009.

Arizona finished the season 34-22 and will see on Monday whether or not their names will be called in the Field of 64.

Oregon will sit out of the tournament for the third straight year. It’s also the third straight season the Ducks’ conference record has been below .500. Despite the recent shortcomings, Oregon officials have stated that coach George Horton will be back for an 11th season.

Arizona opened the weekend off with a resounding 10-2 win, but the Ducks got off the mat on Friday and secured a nice 2-1 win. Kenyon Yovan (6-4) was dominating on the hill and went the distance. He pitched a complete game two-hitter and struck out six.

Yovan’s counterpart, Michael Flynn (6-5), was almost as impressive. He pitched into the seventh inning, giving up two runs, one earned, six hits and whiffed four.

Oregon took a 1-0 lead in the fourth when Jonny DeLuca doubled home Spencer Steer. But Arizona tied the game with a Cesar Salazar homer in the sixth.

Kyle Kasser drove in the eventual winning run in the seventh when he singled home Alex Andronovich. Oregon did lead 2-1 going into the ninth, but Arizona loaded the bases with no one out and threaten to steal this game away.

But Yovan struck out the next two batters before coaxing a fly out to center to wrap up the contest.

Things didn’t go according to plan on Senior Night as Arizona scored 10 of its 11 runs in the middle innings to down the Ducks. Arizona got to Matt Mercer for four runs in 4.1 innings and then beat up the Oregon bullpen to put the game away.