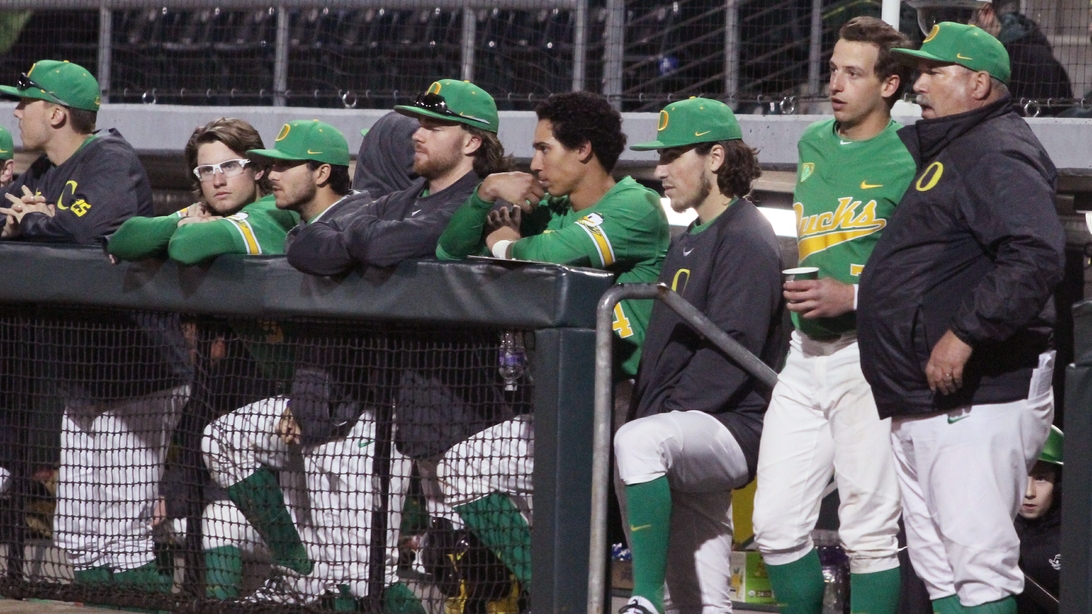 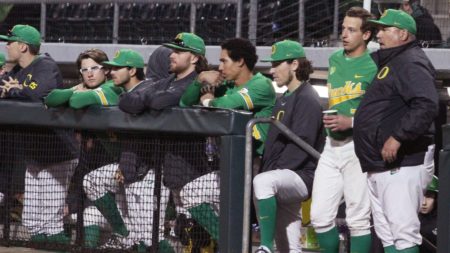 UC Davis spoiled a possible weekend sweep with a 9-7 win over the Oregon Ducks Sunday afternoon at PK Park.

The loss snapped a five game winning streak and dropped the Ducks the record to 11-4 on the year.

The Aggies, as they had done all series, opened the scoring with six runs in their first four at bats to take a 6-1 lead.

Oregon’s bats came alive in the home half with a four spot to cut the lead to one, then tied it in the fifth at six.

UC Davis took the lead for good with a pair of runs in the seventh then added an insurance run in the ninth.

Ray Soderman had the hot bat for the Ducks, going 3-for-5 at the plate with a RBI. Gabe Matthews drove in a pair of runs as did Jakob Goldfarb, each going 2-for-4 with Goldfarb launching his fourth home run of the season in the second inning.

Parker Kelly was a bright spot in relief, tossing three scoreless innings and striking out six. Peyton Fuller (0-1) win pinned with the loss.