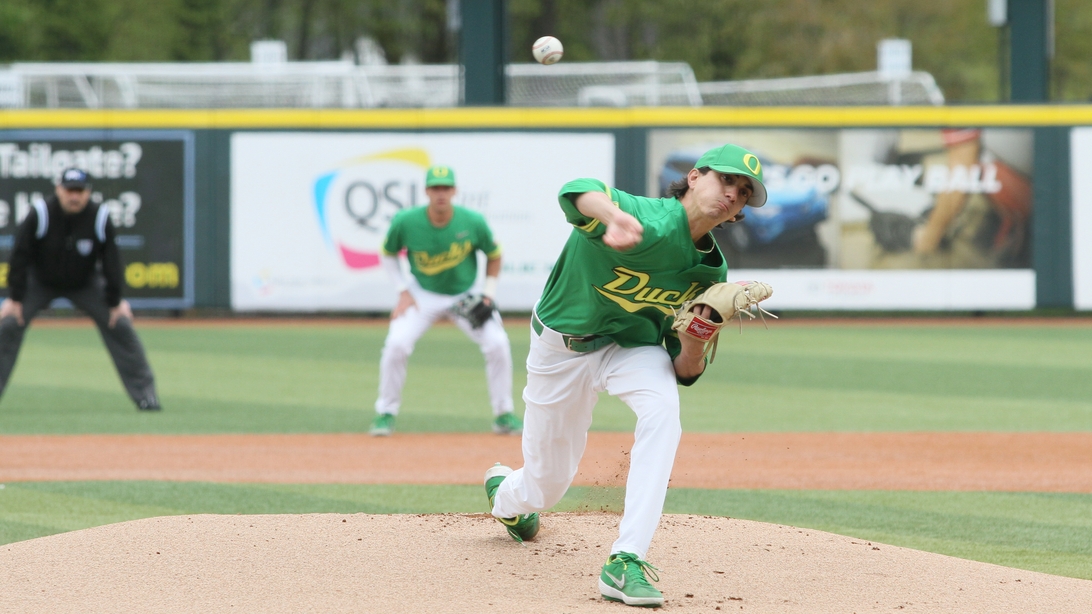 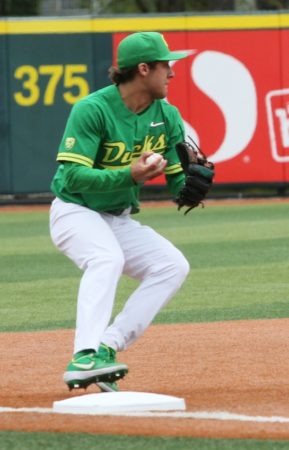 The nation’s second ranked and conference leading Stanford Cardinal lived up to its billing with a three game sweep of the Oregon Ducks at PK Park.

The Ducks best chance came in Thursday’s opener when the teams traded the long ball to a 5-4 final. Stanford erased an early one run deficit via a two-run dinger only to see Oregon’s Spencer Steer – who has been on an absolute tear at the plate- launch a solo shot to left, knotting the score at two apiece.

Stanford went yard twice in the sixth to give the Cardinal enough of a lead to hold off Oregon’s single runs in the sixth and the seventh.

Game two was a nightmare. Stanford opened with a five-run first inning, then added a dozen more in the fifth, sixth and seventh frames to demolish the Ducks 20-5.

Cole Stringer (1-1) took the loss for the Ducks, allowing eight hits and eight runs in four innings of work.

For the second straight day a five-run first inning and a pair of late home runs continued the Cardinal carnage in a 10-0 blanking of the Ducks in game three. Tyler Frazier (0-2) lasted two thirds of an inning as four Oregon pitchers yielded nine hits and nine walks. Reliever Ryne Nelson was the lone bright spot on the hill, striking out eight without allowing a run in 3.2 innings of work.

Offensively, Spencer Steer extended his program record hitting streak to 18 games with a sixth inning double but there was little else for the Ducks to celebrate as they exit the series with a record of 7-8 in Pac-12 play and 22-16 overall.

The Ducks embark on a seven game road swing, visiting California and San Jose State then at Arizona before returning to PK Park for a non-conference match-up with Portland on Tuesday, May 7th. First pitch is set for 6:00 pm.