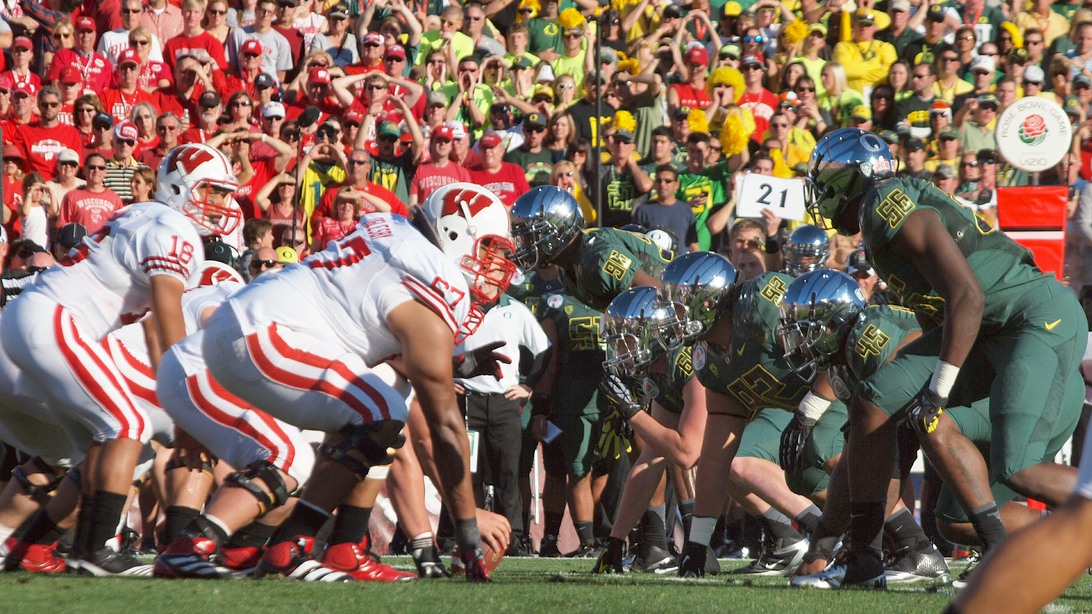 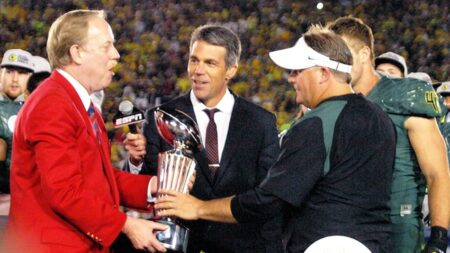 It’s the Granddaddy of Them All!

For the fourth time in 10 years, an unprecedented amount, Oregon will face Wisconsin in the 2020 Rose Bowl.

The Ducks come into New Year’s Day with an 11-2 record, No. 6 in the country and a Pac-12 title in their hands. Wisconsin comes into Pasadena with a 10-3 record and a No. 8 ranking.

The Badgers are coming off a 34-21 defeat to Ohio State in the Big Ten Championship Game. The Buckeyes actually beat Wisconsin twice, the first time coming in the regular season with a 38-7 outcome in Columbus on Oct. 26.

Wisconsin’s only other loss was a 24-23 upset to Illinois on a last-second field goal.

Other than that, the Badgers have been a formidable team to line up against that that how it should be on Jan. 1. Wisconsin comes in as a slight favorite and it will present an interesting matchup with the Ducks.

According to Oregon coach Mario Cristobal, this will be Oregon’s toughest test of the season.

“Wisconsin is extremely talented with the way they play the game, how physical they are and as well-coached as they are,” he said. “All the focus has to be on ourselves getting better, but understanding the caliber of opponent we’re playing against.”

The Badgers come into the Rose Bowl with the second-leading rushing attack in the Big Ten, averaging 240 yards on the ground. Their passing game isn’t quite as effective as Wisconsin is barely throwing for over 200 yards per contest.

In comparison, Justin Herbert averaging 257 yards a game through the air.

Wisconsin’s pass defense has been up to the task for the most part all season, allowing just 191 yards. Safety Eric Burrell leads Wisconsin with three picks all year for a team that has intercepted 11 passes.

This game will come down to whose offense imposes it will against the defense. Wisconsin will try to win the time of possession by running Taylor as often as possible while keeping Herbert off the field.

According to Wisconsin coach Paul Chryst, the Badgers’ first choice will be Taylor, but the goal is to move the ball down the field in whatever fashion they can.

“Any offense wants to move the ball in a number of ways. We’re going up against a heck of a defense,” he said. “Nothing will be given to you and I think no matter what, you’re going to need … all 11 guys doing their part to give yourself a chance.”

Meanwhile, Oregon is going to go for a balanced attack and take advantage of every scoring chance that presents itself.

The chess match in Pasadena is scheduled for a 2 pm kickoff televised live on ESPN.