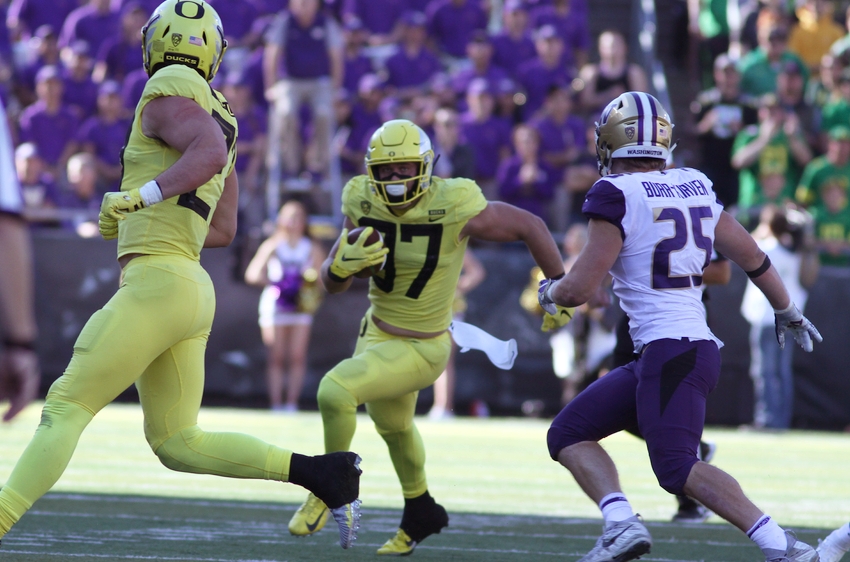 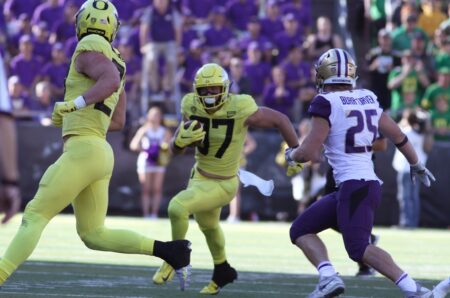 In the last decade, the tight end position has gone under a bit of a change in Eugene. But it’s about to go back to its traditional role of being a pass protection and run block first and receiver second under Mario Cristobal.

That doesn’t mean quarterback Justin Herbert won’t have options to throw to when necessary. He might actually throw to the tight end a little more in the early part of the season until the injury situation with the receivers calms itself down.

The trio of Jacob Breeland, Cam McCormick and Ryan Bay will see the field the majority of the time, but Herbert might hope his little brother Patrick is able to see some playing time.

Having Patrick Herbert in the fold might have been a big reason why Justin decided to stay at Oregon for his senior season. As a true freshman, Patrick is going to have to have a stellar fall camp in order to climb that depth chart. That trio in front of him is pretty talented.

Breeland leads the way as a senior at 6-5 and 250 pounds, the Trabuco Hills, Calif. native led the way last season with 24 catches, 377 yards and two touchdowns.

McCormick hasn’t seen much of the field since 2017. He was injured in the season opener last year against Bowling Green and missed the rest of the season. The sophomore from Bend is primed to have a big year. As a freshman, McCormick played in all 13 games and managed six catches and a touchdown.

Senior Ryan Bay, a native of Tigard, hasn’t seen a lot of playing time in his three plus year in Eugene. Last season, he was able to gather in nine receptions for 74 yards.

If Patrick Herbert does see playing time, it won’t be because of his last name.

At 6-5 and already 245 pounds, the younger Herbert was the No. 1 recruit to come out of the state and the No. 6 tight end in the country after a stellar career at Sheldon.

He finished his senior season with 43 catches for 797 yards and 11 touchdowns. As a junior, Herbert hauled in 34 receptions for 462 yards and nine touchdowns. If for some reason the tight end spot doesn’t work out at Oregon, Herbert showed the ability to play defensive lineman. He was credited with 69 tackles last season, including seven sacks. As a junior, he had 66 tackles and two sacks.

But if Herbert doesn’t become the next great tight end in Oregon history, it would be a shock to say the least.