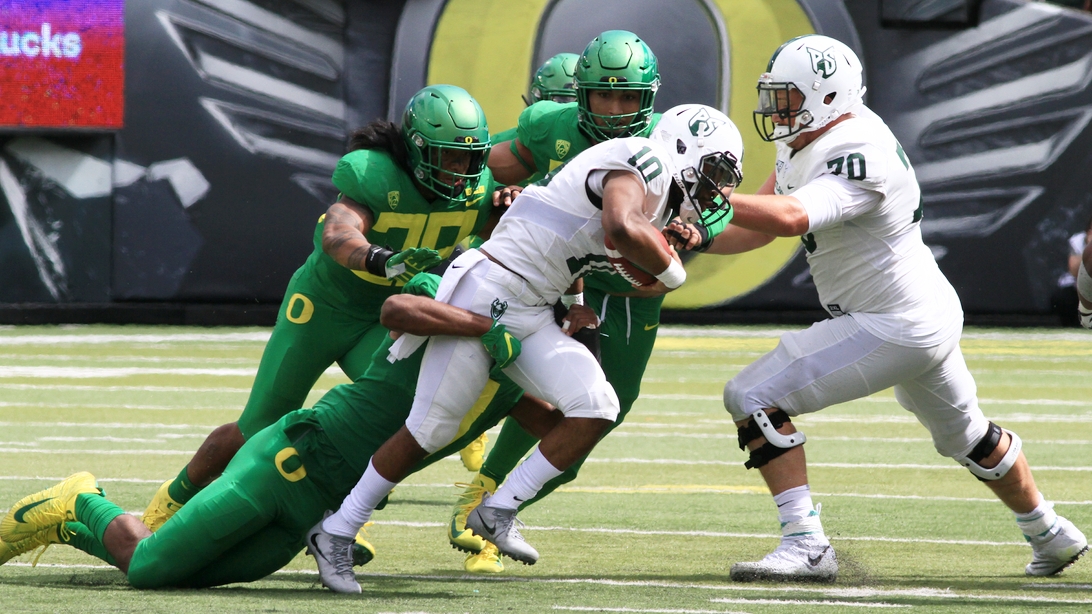 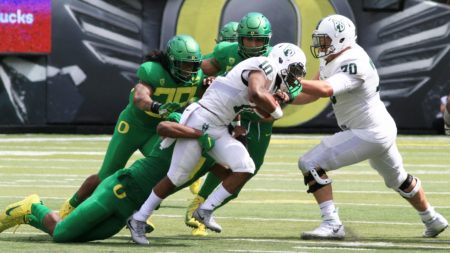 When it comes to prolific linebackers in the history of Oregon football, the names or Jeremy Asher or Peter Sirmon might come up.

But Troy Dye could eclipse them all with stats and accolades, especially since he announced he would be coming back for his senior season and the Ducks and their fans are all grateful.

At 6-1 and 224 pounds, Dye isn’t the biggest linebacker ever, but he plays a lot bigger than his size. A second-team all-league selection two years running Dye became the second player in program history to lead the team in tackles for three consecutive seasons. If he does it for the fourth straight season, that would be a first in Duck history.

Playing on either side of Dye to begin the season will be senior La’Mar Winston and sophomore Isaac Slade-Matautia. But Oregon’s defense is so flexible that these three could line up anywhere just to confuse an opposing quarterback.

Winston, at 6-2 and 227 pounds from Portland, started nine of the 12 games he played in last year. He finished the season with 40 tackles and 4.5 for loss to go along with two sacks. The highlight of the season for him was when Winston returned a fumble 61 yards for against Cal.

Slade-Matautia has quickly risen through the ranks as a sophomore to be name a starter in Week 1 vs. Auburn. The Honolulu native played in the first seven games last season, but was injured and missed the rest of his redshirt freshman year. He managed to have 20 tackles, including 13 solo.

Also planning to make an impact at the linebacker position is junior Samson Niu, Adrian Jackson and MJ Cunningham.

Niu is 6-1 and 206 pounds from San Diego. The junior was touted as the top inside linebacker to come out of California in 2016. He played in 13 games last season and made four starts. Niu was credited with 23 tackles, 11 solo and one sack.

Jackson is a 6-2, 232-pound sophomore from Denver and he played in 12 games last season and made two starts as a true freshman. The former four-star recruit managed 13 tackles last year, 10 of those solo.

Cunningham is 6-2 and 233 pounds out of Portland. The redshirt freshman was a top 10 recruit coming out of the state even though he missed the entire senior season due to injury.