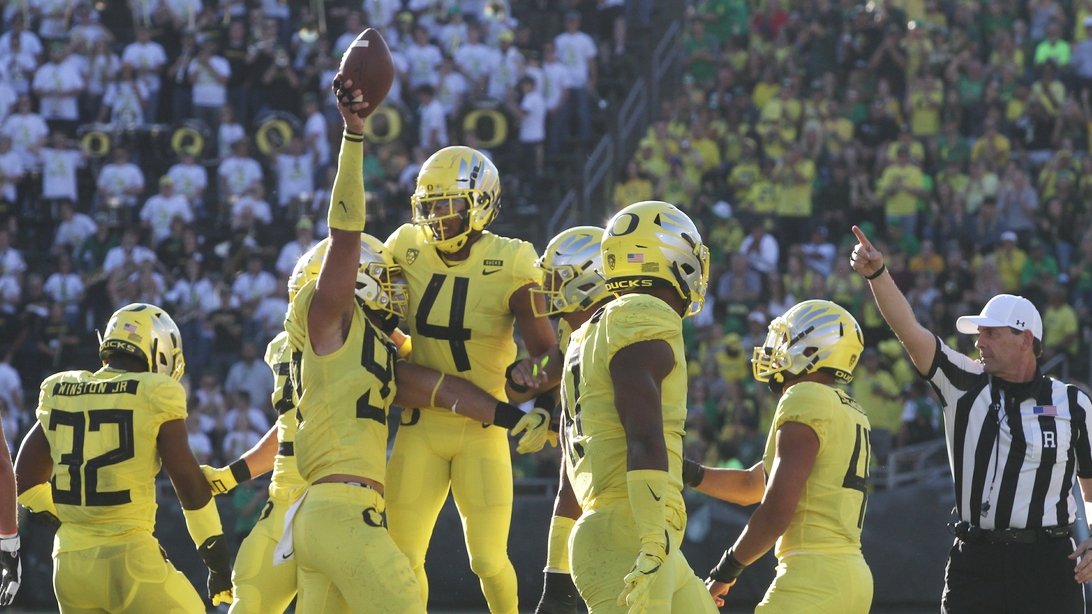 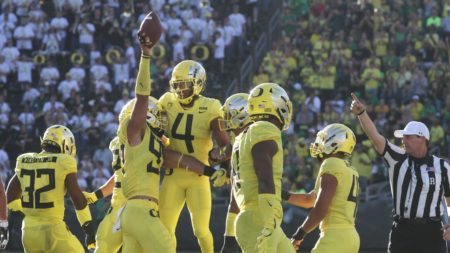 When a team loses someone like Ugo Amadi from their secondary, not only does it lose talent, experience goes along with him and despite all the talent in the world the depth chart possesses, the Duck secondary is going to lose a voice they’ll have to find once again.

Amadi is now in the Seattle Seahawks’ fall camp and by all indications, they are quickly seeing what the Ducks had and will miss from here on out.

But he didn’t leave the cupboard in Eugene bare. Not by any means. The Oregon secondary has a load of talent and depth. It’s now time for that to shine and Auburn will test it in Week 1.

Manning the corners will be juniors Thomas Graham and Deommodore Lenoir.

Graham is a two-year starter who has virtually seen everything thrown his way, which can be a big mistake for opposing quarterbacks. At 5-11 and 197 pounds, Graham was named AP All-Conference second team. All three of his interceptions came in league action, including a Pick-6 in the Civil War last season. He finished last season with 47 solo tackles and 56 total. When he starts the season opener, it’ll be his 26th consecutive start.

As for Lenoir, the 5-11, 202-pounder from Los Angeles also started every game last season and picked off three passes. He finished the year with 52 tackles, including 38 solo. Lenoir also dominated in league action where had huge interceptions against the Washington schools and made a career-high with nine tackles against UCLA.

The safety positions will be held down by sophomore Jevon Holland to go with juniors Brady Breeze and Nick Pickett.

Holland was one of those four-star recruits Oregon brought in a year ago and in his first season in Eugene, he did not disappoint. At 6-1 and 196 pounds, the Pleasanton, Calif. native finished second in the Pac-12 and 10th in the nation with five interceptions.

Although he started just two games, he took advantage of being under Amadi’s tutelage. His five picks were the most for a Duck since Erick Dargan’s seven in 2014. With him now being the permanent starter at free safety, Holland might be the breakout star of the Oregon defense if he isn’t one already.

Breeze earned the starting spot at strong safety in fall camp. The former four-star recruit from Lake Oswego saw playing time in every game last season and in 11 games as a true freshman. At 6-0 and 196 pounds, Breeze was a special teams guy that made 10 tackles last season.

Pickett started 12 of the 13 games last season, so just having Breeze being listed as a possible starter is quite the upset. But whatever the organizational chart says, Pickett will see a lot of time out on that field.

The 6-1, 197-pounder from Los Angeles finished last season with 59 tackles, including 34 solo.

At the nickel position, redshirt freshman Vernon McKinley III and/or senior Haki Woods Jr. will share time at that spot.

McKinley was one of the top corners to come out of Texas in 2017 and enrolled in January of 2018. Nearly every Pac-12, Big Ten and SEC team wanted him before he chose the Ducks.

Woods was of the top recruits out of the junior college ranks and played in 12 games, mostly on special teams.

Filling out the 2-deep on the depth chart with be the likes of true freshmen Mycael Wright, Jamal Hill and DJ James. Also hoping to see time at cornerback is converted receiver Daewood Davis. The 6-2, 184 pound redshirt freshman could be a nice weapon since most corners do have that kind of height.