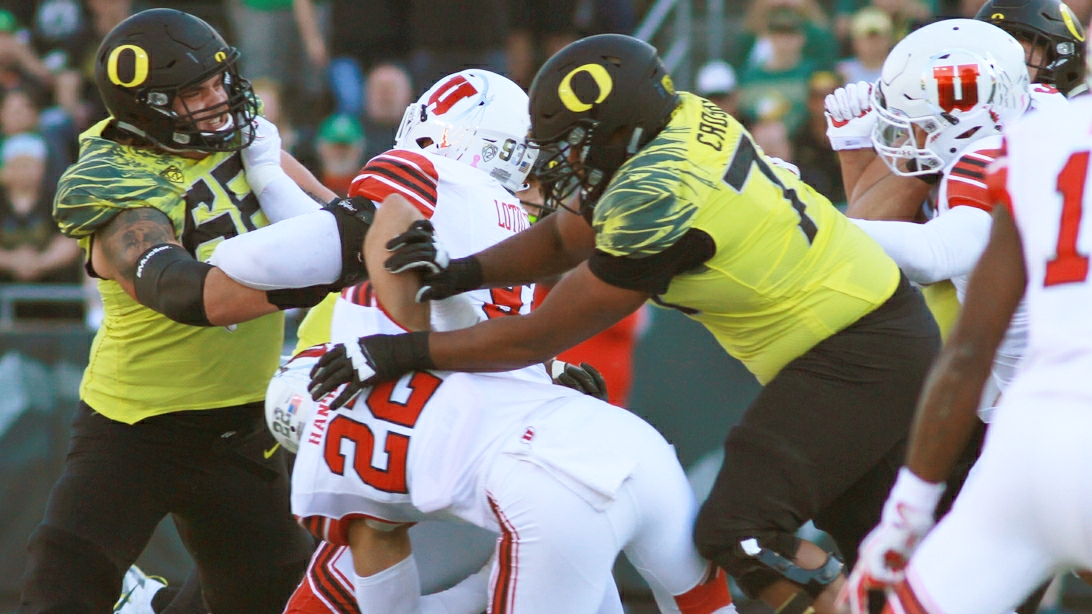 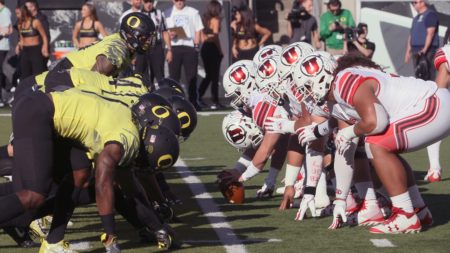 Almost from the day fall camp opened back in early August the 2019 Pac-12 conference race has focused on the Oregon Ducks in the northern division and the Utah Utes in the south.

Both squads feature mature, physical athletes on both lines of scrimmage, experience and athleticism at the skill positions and is led by a head coach who preaches physicality and work ethic as the key to winning a football game.

As the regular season progressed both the Ducks and the Utes emerged as the only Pac-12 teams with College Football Playoff possibilities, at least until Arizona State popped that bubble for Oregon in Tempe.

In any real playoff selection process the Utah would be a lock but most prognostications have Utes on the outside looking in even if they claim the conference championship with a win over the Ducks Friday evening in Santa Clara.

Conversely, with a loss to Oregon any possibility Utah has to be selected will be moot so in effect Friday’s championship game will be for the right to represent the Pac-12 in the Rose Bowl – pretty much as the pundits had posited in early August.

Head coach Kyle Whittingham has 15 years under his belt in Salt Lake City and this year’s team is his most balanced. Long a defense first kind of coach, Whittingham has churned through offensive coordinators at an alarming rate, current coordinator – and ex Oregon OC – Andy Ludwig is the ninth person to hold the position in the last twelve years.

That instability was evident in Utah’s on field performance over the past decade – consistently a top flight team on the defensive side of the ball the Utes have struggled to find an offensive identity and philosophy that was compatible with Whittingham’s.

When Ludwig arrived for his second stint with the Utes he found there was plenty of talent available for him to assemble a potent offensive, starting with quarterback Tyler Huntley.

Through the regular season the senior has completed 188 of 249 pass attempts for nearly 2800 yards and 16 touchdowns while only giving up a pair of interceptions.

Right beside Huntley in the backfield is senior running back Zack Moss who leads the team with 1246 yards rushing on 200 touches, good for an average of 6.2 yards per carry and 15 touchdowns.  Moss is also tied for third on the team with 22 catches for another 317 yards of offense.

Behind an imposing offensive line that has allowed only 15 sacks on the year, Huntley has a trio of favorite targets in passing situations. Brant Kuithe leads the team with 29 receptions for 550 yards and six touchdowns and Demari Simpkins is right behind with 28 catches. Jaylen Dixon and Bryan Thompson are additional down field options for Huntley.

While amping up the offense under Ludwig’s guidance, Whittingham has maintained the same smash-mouth defense he has been famous for. The numbers are staggering – Utah’s opponents average 56.3 yards per game on the ground, an average of 2.3 yards per attempt and have scored four – count ‘em  1-2-3-4 – rushing touchdowns all season.

The numbers are nearly as impressive against the pass with Utes allowing an average of just 5.69 yards per catch, while picking up 13 interceptions and recording 29 quarterback sacks.

Add all the pieces together and it is clear the Ducks will be playing the most complete team they have faced yet this season. Oregon will have to avoid turnovers, rely on their own stout defense to keep Utah off the board and off the field as much as possible and will likely have to throw the ball more often to keep the Utah defense from overloading the run.

However the X’s and O’s get drawn up, the game shapes up as a trench battle first and foremost and in what appears will be damp and blustery conditions which in turn could put the game ultimately in the hands of the special teams.