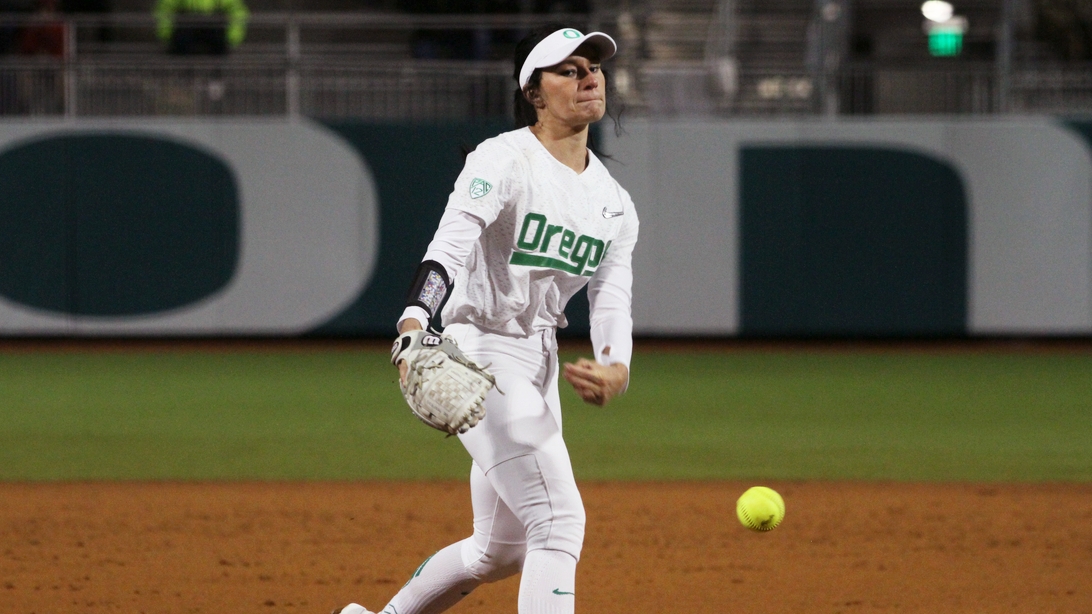 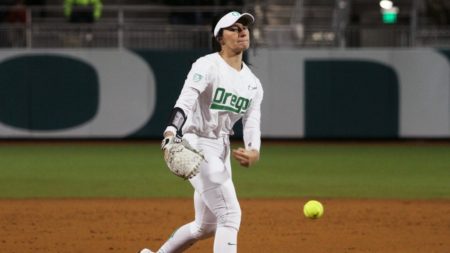 The Oregon Ducks were held to one hit and shut out 3-0 by the Oklahoma State Cowgirls in the 2019 season home opening game Friday evening at Jane Sanders Stadium.

Rylee Bayless opened the game for the visitors with a two strike double into the left center field gap and then scored when Cheyenne Factor delivered a two-out single to give Oklahoma State all the run support they would need.

After a lead off walk, Factor struck again in the sixth, turning on a 2-2 pitch and driving it over the left centerfield wall for her third round-tripper of the season.

In the circle the Cowgirls’ Samantha Show handcuffed the Ducks to Shaye Bowden’s fourth inning single and despite allowing five walks, allowed only one Oregon base runner to advance past second base.

“Jordan gave us a chance to win,” said Oregon head coach Melyssa Lombardi. “She threw well. She moved the ball well and did a good job of changing her speeds. I thought she did a good job executing her game plan.”

With the loss Oregon’s record slips to 11-8 while the Cowgirls improved their mark to 16-5. The loss drops Dail’s record to 9-4 while Show picked up her sixth victory against a pair of losses.

The two teams will square off for a double header on Saturday with game one set for noon.